World War II in the Philippines in 25 Objects 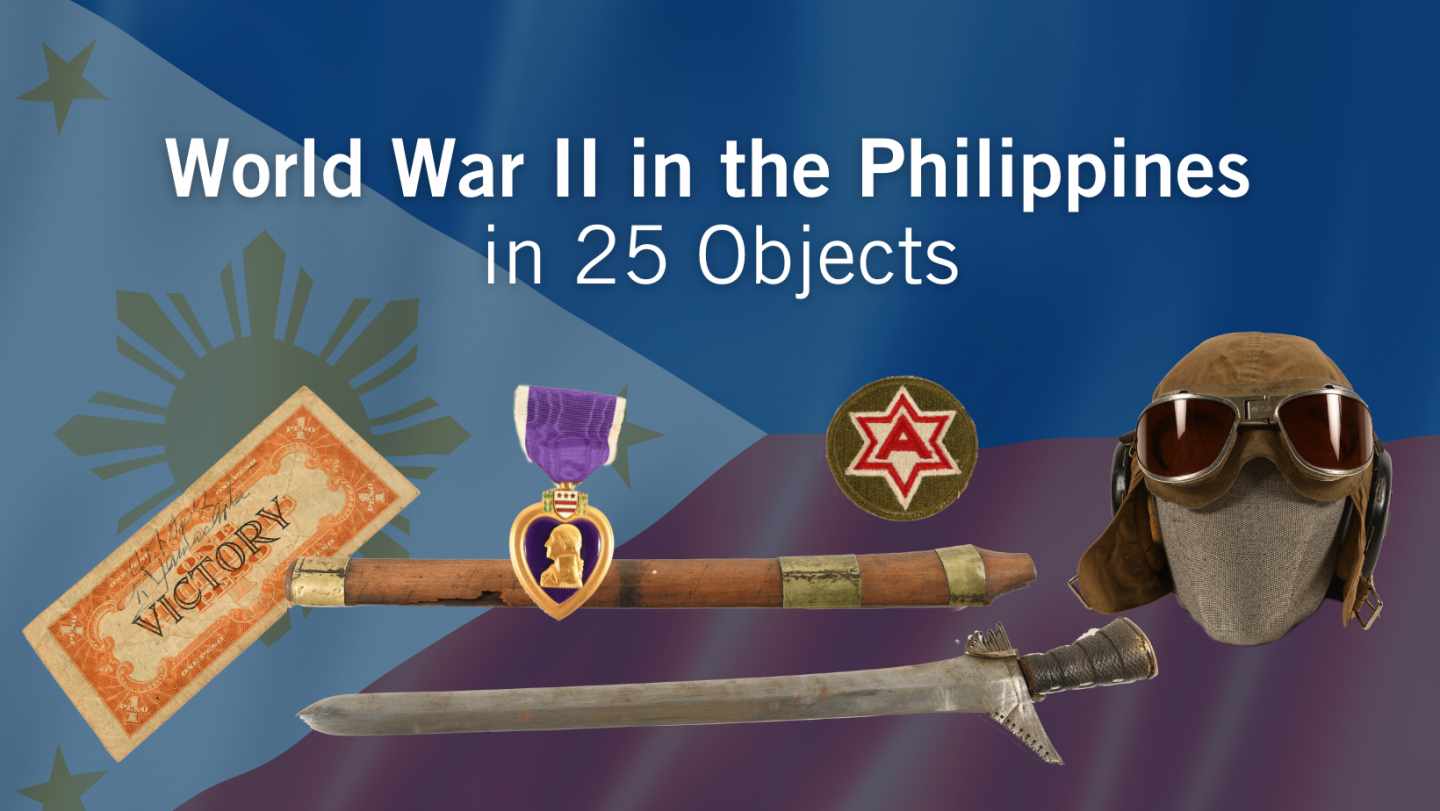 World War II came to the Philippine Islands at the same time it came to the United States. When the Imperial Japanese Navy attacked the US Pacific Fleet at Pearl Harbor on 7 December 1941, Lieutenant General Masaharu Homma, at the head of Imperial Japan’s 14th Army, invaded the Philippines. Five months of fighting ensued followed by the surrender of American and Filipino forces at Bataan and Corregidor. With losses of approximately 150,000 US and Filipino fighters either killed or captured, the loss of the Philippines is considered one of the worst military defeats in American history. Two-and-a-half years later, the Allies returned to the Philippines to begin the long process of liberating the islands from the Empire of Japan.

This exhibit explores World War II from the perspective of the Philippines by examining various objects from the collection at the National Museum of the Pacific War. This exhibit is free to the public and open during Museum hours, Wed-Mon 9:00 am-5:00 pm.