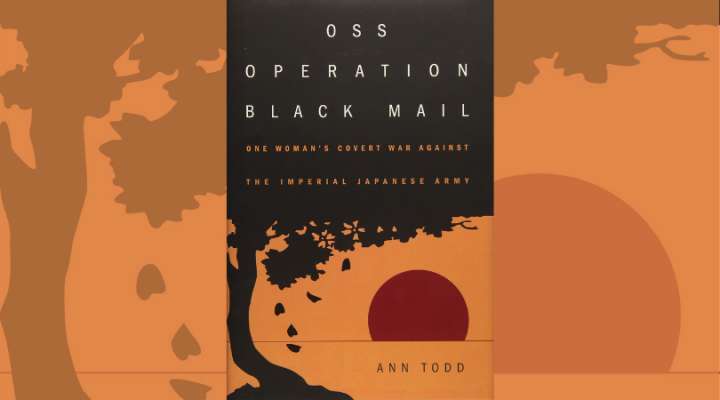 Join us on Wednesday, March 31 at 1:00 PM (CST) for the intriguing story of Elizabeth "Betty" McIntosh's psychological warfare campaign and how she demoralized Japanese troops during WWII. Texas author Ann Todd has just published a book about McIntosh's wartime exploits titled OSS Operation Black Mail - One Woman's Covert War Against the Imperial Japanese Army and will speak about McIntosh's extraordinary career and accomplishments.

A contributing author for the National Geographic Society, Ann Todd has worked for the National Museum of the Marine Corps as a historian and made numerous presentations about the OSS. Now living in Dripping Springs, TX, Todd served in the Coast Guard prior to her civilian career.

The webinar is FREE.