Songs of the Patriot- Temporary Exhibit 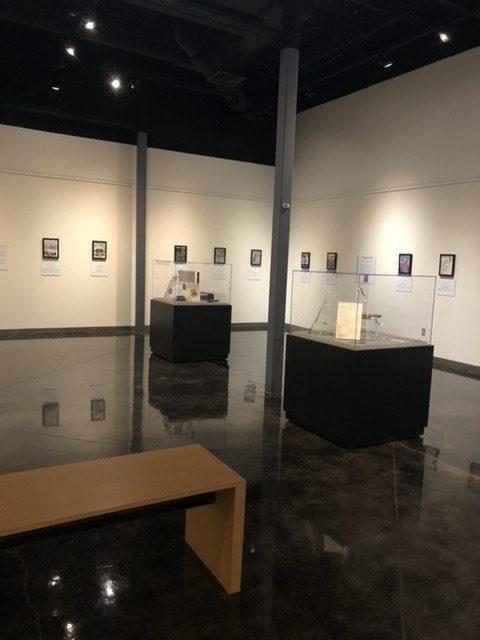 February 1, starting at 9am

Songs of the Patriot takes viewers back in time to the American wartime fronts at home and abroad during World War II through the cover art and lyrics of popular sheet music from 1940 to 1945. The exhibit explores how music publishers, songwriters and cover artists expressed a range of American wartime feelings from anti-war statements to rallying support for troops overseas. It also explores the booming sheet music industry, printing and chromolithography, and the significance of piano playing as a form of home entertainment.

Wartime songs captured snapshots of various American attitudes. Themes ranged from pacifism and neutrality at the beginning of the war, to aggression towards the Axis powers, to the hope of loved ones returning home safely. Sheet music covers were the perfect medium for visually interpreting songs that at times could be serious, sentimental or even comical. Whether driven by personal feelings or meeting the demand of the huge music-buying public, these composers and artists were part of a thriving business in which great sums of money were being earned by the music publishing industry.

The Politics of Music

After the widespread success of songs during World War I, such as “Over There” and “It’s a Long, Long Way to Tipperary,” the U.S. government had recognized the power of music during wartime. Historically, the role of music often took on greater importance during trying times because of its ability to reach all levels of American society. In the spirit of patriotic propaganda, the government used images and songs to steer the nation’s collective mind to boost morale and garner support for the war.

Unique to World War II, the government commissioned and published songs and even officially sponsored song writing contests. In 1942 the War Department’s Bureau of Public Relations published a pamphlet titled “Music in the National Effort” providing suggestions for communities to use music to keep spirits high for citizens and departing soldiers. Music was the perfect medium for propaganda, which had become a refined tool by World War II. Knowing this, President Franklin Roosevelt called upon the entertainment industry and its celebrities to help rouse patriotism and mobilize the American people.

Fighting for Victory at Home

Homefront efforts were to play an important role in victory. Citizens were called upon to conserve resources, to take on factory jobs producing goods for the military and to help pay for the war.

The Treasury Department used songs and sheet music covers in its campaign to promote the buying of war bonds and stamps. Lyrics urged Americans to, “Scrape up the most you can…buy a share of freedom today.” “Everyone can help to win the war… Let’s begin investing in the things our country’s fighting for.”

Covers often had small Treasury logos encouraging Americans to “Buy War Bonds and Stamps for Victory.” A “V” for victory symbol and “Minuteman at Concord” figure were typical. Even the back covers of sheet music were used to spread messages, “For Victory, Buy United States War Bonds.” By the end of these campaign drives, 8 out of 13 Americans had invested in bonds totaling over $185 billion dollars

As a World War II song proclaims, “Millions of voices are ringing, singing as we march along. We did it before and we can do it again.” These kinds of messages were able to spread from home to home through the united voices of a nation.

This program was made possible in part with a grant from Humanities Texas, the state affiliate of the National Endowment for the Humanities."