Conservation vs Restoration: What is the difference? 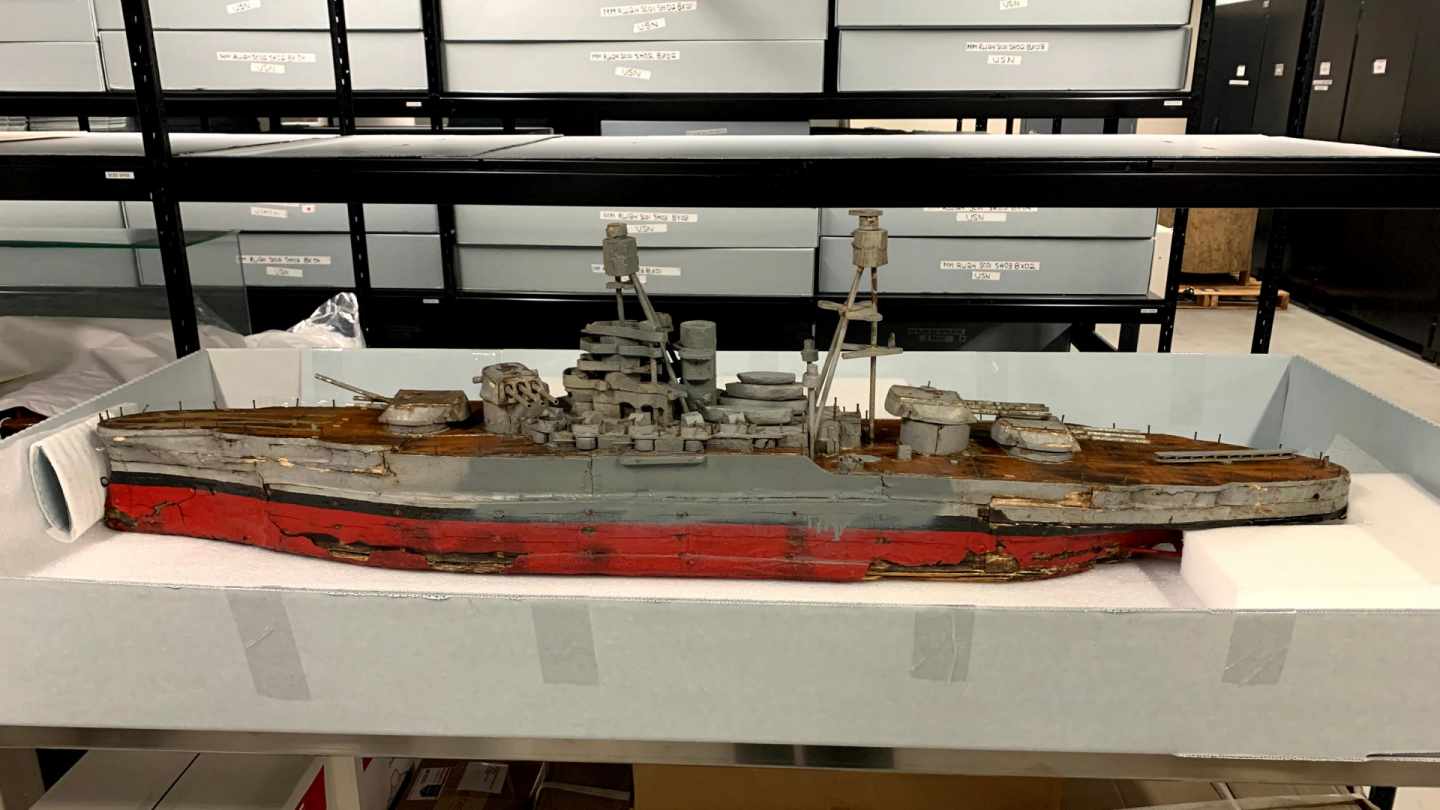 Did you know that only about 3% of the artifacts at The National Museum of the Pacific War are on display at any given time? The artifacts that you see on display represent only a small sample of the collections at the museum. Most of the museum’s artifacts are stored in a secure and climate-controlled storage facility where they can be preserved for future generations.

Unfortunately, keeping an artifact in a dry and dark place is not always enough to ensure its preservation. Some types of artifacts can become unstable, even if stored in ideal conditions. These unstable artifacts might need to undergo a special process known as conservation. An artifact conservator uses a variety of technical processes to stop, or slow down, deterioration.

In recent years, the Curatorial team at the museum began compiling a list of artifacts that are in need of conservation. One of these artifacts was a model of the USS Arizona. This model was built aboard the ship before World War II and presented as a gift from the crew to Isaac Kidd, the captain. Before the war started, Kidd was promoted to Rear Admiral and given command of a battleship division. His new role required an office ashore at Pearl Harbor, where this model was located during the attack. It is likely this model was made from material aboard the Arizona: wood from the carpentry shop and paint from the paint locker.

This model was in poor condition and showing signs of dry rot and deterioration. Thus, the Curatorial team contacted Tamar Maor with TM Art Conservation in Houston, Texas. From February through April, the model underwent conservation at her shop. The model is now stable, and with proper storage, will be preserved for decades to come.

Conservation of this artifact was made possible by the Fund a Need at the 2019 Nimitz Golf Tournament Auction.

Robert Elder, Collections Registrar at the National Museum of the Pacific War

From Guinea Pig to WASP: The Oral History of Eleanor McLernon “Mickey” Brown

Of War and Love: The Joint Oral History of Raymond and Florence Bowers