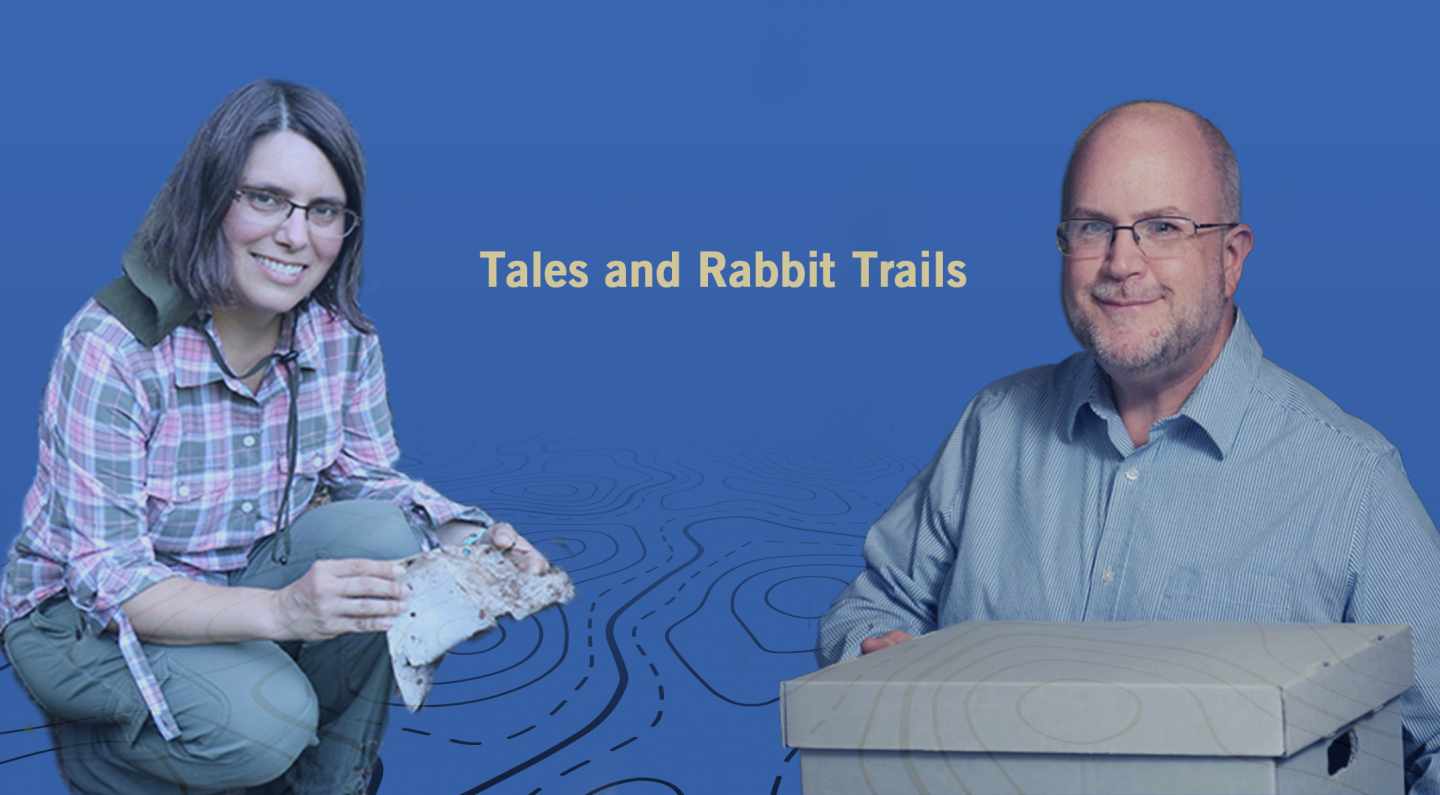 You have a photo or the name of a WWII Veteran and want to know more…but what do you do now?

Join us as Chris McDougal, the Director of Archives of the National Museum of the Pacific War, and World War II historian Dr. Donna Esposito, known as the “Nancy Drew of WWII,” share their experiences navigating the world of WWII mysteries. Dr. Esposito will talk of her experience of uncovering the story of a missing naval aviator-who was actually a drone pilot all based on a dog tag of a member of his unit. She will also describe methods on how to research a relative. Mr. McDougal will talk about unmasking the WWII radio messenger of “The World Wonders.” After the presentations, we will have a Q&A discussion hosted by our Membership Coordinator, Cadena Trusty.

Mr. Chris McDougal is director of the Archives and Library at the National Museum of the Pacific War. He first joined the staff at the Museum in January 2015. Prior to that time, he earned a B.S. in History from the University of Hawai’i and completed an MLS at the University of North Texas. In his current position, Mr. McDougal oversees an archive that preserves more than 1,000 linear feet of documents, publications, photographs, and recordings contributed by Pacific War veterans and their families over the past fifty years, as well as the research material gathered by several highly regarded WWII historians.

Donna Esposito grew up in Bucks County, Pennsylvania, not far from the homes of James A. Michener, Margaret Mead, Pearl S. Buck, and Oscar Hammerstein II. She earned an undergraduate degree in molecular biology from Lehigh University (where she hosted “Sunday Swing” on the campus radio station, WLVR) and a doctoral degree in genetics from Cornell University (where she enjoyed learning to jitterbug and Lindy Hop when she wasn’t in the laboratory).

Although a scientist by training, Donna’s interest in World War II stems from seeing a local production of the Rodgers and Hammerstein musical South Pacific when she was nine years old. Since then, she has had an avid interest in all aspects of World War II history and popular culture of the 1940s.

Donna enjoys flying in vintage warbirds, including flights in a Douglas SBD Dauntless dive bomber, Grumman TBM Avenger torpedo bomber, North American P-51 Mustang, Boeing B-17 Flying Fortress, Consolidated B-24 Liberator, North American AT-6 Texan trainer, and Douglas C-47 Skytrain. She spent five weeks in Papua New Guinea in 2018 and has visited the Solomon Islands twice, participating in the recovery of remains from an MIA soldier and attending the Guadalcanal 75th Anniversary commemoration events in August 2017. She has also traveled extensively to WWII sites in Palau, the Marianas, and Sicily. Donna has previously served as director of the library and archives at the Empire State Aerosciences Museum in Glenville, NY and as a historian and researcher with the nonprofit organizations Pacific Wrecks and Sealark Exploration. In addition to her personal writing and research projects, she volunteers as a writer and researcher for the South Pacific World War II Museum on Espiritu Santo in Vanuatu.

This webinar is free, but registration is required. REGISTER HERE