Webinar: Fighting Spirit of the Philippines-Artifacts Tell the Story 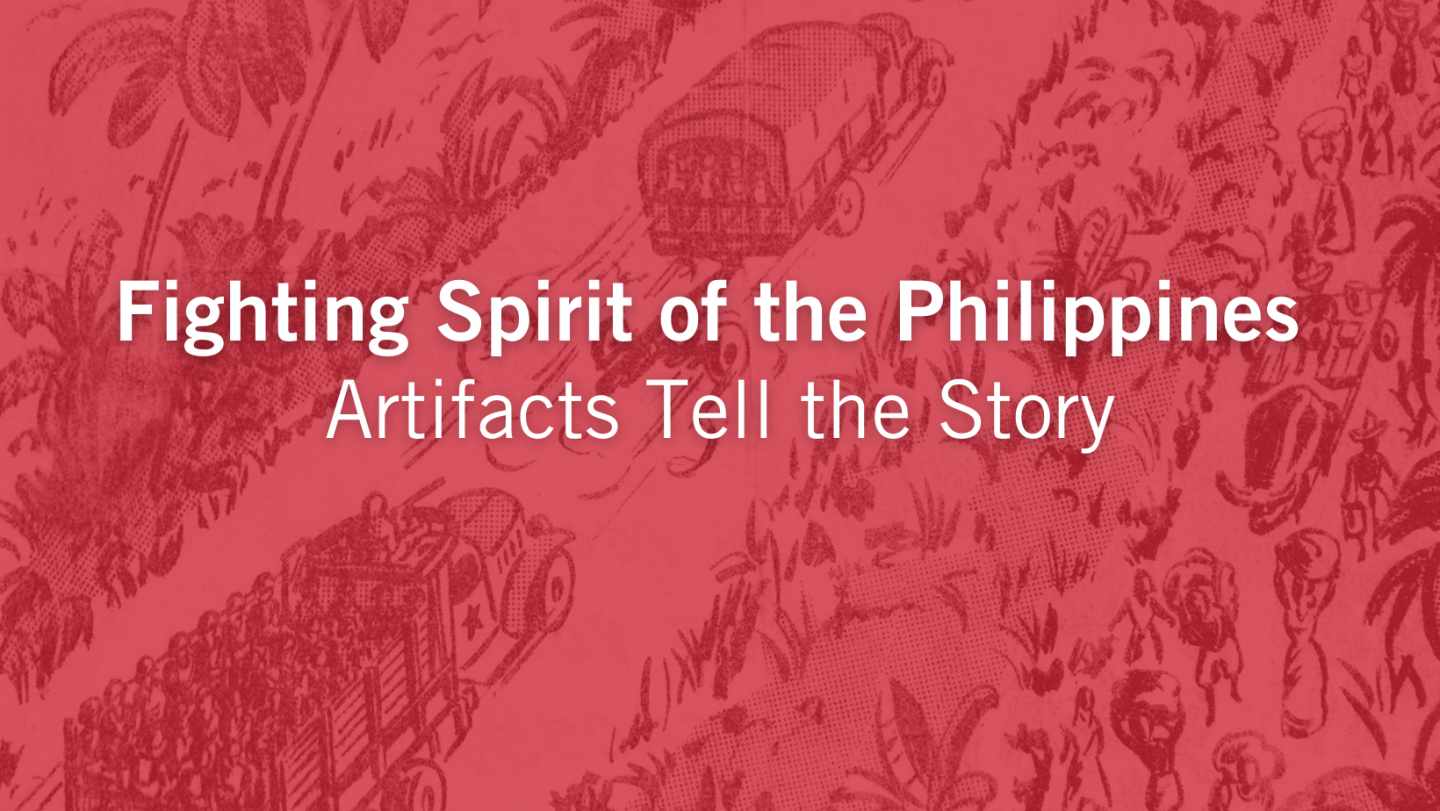 Immediately following the attack on Pearl Harbor, Japan invaded the Philippine Islands. The Japanese conquest of the Philippines has been regarded as one of the worst military disasters in American history. Despite the defeat, American and Philippines soldiers and civilians never gave up hope.

Artifacts from the three years when the Americans fought to recapture the islands help tell that story. They illustrate the role played by Japanese invaders during the occupation. From nefarious Hell Ships to the Bataan Death March, the story of American POWs is told. Guerrilla fighters in the Philippines never stopped fighting until they were finally freed from Japanese rule. As a strategic and symbolic victory, the liberation of the Philippines was one of the greatest of the Pacific war.

Join Director of Collections and Exhibits Reagan Grau in this webinar as he takes you behind the scenes at the upcoming exhibit focused entirely on the Philippines' role in World War II. He will showcase some of the 25 items that will be on display that chronicle the island's clash against the Japanese. The exhibit called World War II in the Philippines in 25 Objects will run from May 20-August 1 at the National Museum of the Pacific War in Fredericksburg, Texas at the George H.W. Bush Temporary Gallery.