The Terrible End: The Battle of Okinawa Webinar 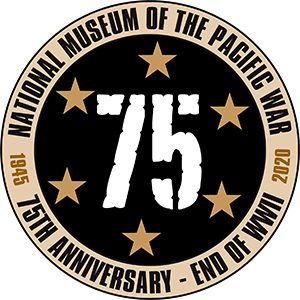 The National Museum of the Pacific War continues its webinar series focusing on the end of WWII in the Pacific featuring Professor John C. McManus of Missouri University of Science and Technology. In this webinar, titled The Terrible End: The Battle of Okinawa, McManus explores the single costliest island battle of the Pacific War. It marked the end of the Imperial Japanese Navy. It proved to be the deadliest battle in the history of the US Navy and it saw some of the most ferocious ground combat in human history. The webinar is free to attend, but registration is required.

The Terrible End: The Battle of Okinawa Webinar

John C. McManus is Curators’ Distinguished Professor of U.S. military history at the Missouri University of Science and Technology (Missouri S&T). This professorship is bestowed by the University of Missouri Board of Curators on the most outstanding scholars in the University of Missouri system. McManus is the first ever Missouri S&T faculty member in the humanities to be named Curators’ Distinguished Professor. As one of the nation’s leading military historians, and the author of thirteen well received books on the topic, he is in frequent demand as a speaker and expert commentator. In addition to dozens of local and national radio programs, he has appeared on Cnn.com, Fox News, C-Span, the Military Channel, the Discovery Channel, the National Geographic Channel, Netflix, the Smithsonian Network, the History Channel and PBS, among others. He also served as historical advisor for the bestselling book and documentary Salinger, the latter of which appeared nationwide in theaters and on PBS’s American Masters Series. During the 2018-2019 academic year, he was in residence at the U.S. Naval Academy as the Leo A. Shifrin Chair of Naval and Military History, a distinguished visiting professorship. His next project is a major two volume history of the U.S. Army in the Pacific/Asia theater during World War II.