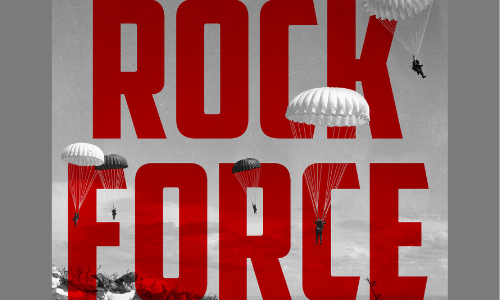 Join Kevin Maurer for a discussion and Q&A on his upcoming book "ROCK FORCE: The American Paratroopers Who Took Back Corregidor and Exacted MacArthur's Revenge on Japan". Kevin will be in conversation with New York Time's bestselling author of World War II books, Alex Kershaw.

Corregidor, a tiny outpost at the mouth of Manila Bay, remained a thorn in America's side through most of the war. When General Douglas MacArthur was forced to retreat from the island in 1941, he famously declared, "I shall return!" And return he did. In 1945, the island was taken by surprise thanks to thousands of brave paratroopers who jumped directly on the battlefield, navigating bombed out craters and spikey broken forests, knowing that hey would be outnumbered as soon as their boots hit the ground.

To write ROCK FORCE, though, Maurer tracked down (and ultimately befriended) the last living veteran who fought on the island, Anthony Lopez (who has sadly since passed); spent countless hours delving into first person accounts of the battle; and flew across the world to walk the grounds of Corregidor with the man who knows the island best.

Order your copy of the book here and receive an autographed bookplate (limited supply).