Commemorating the End of WWII 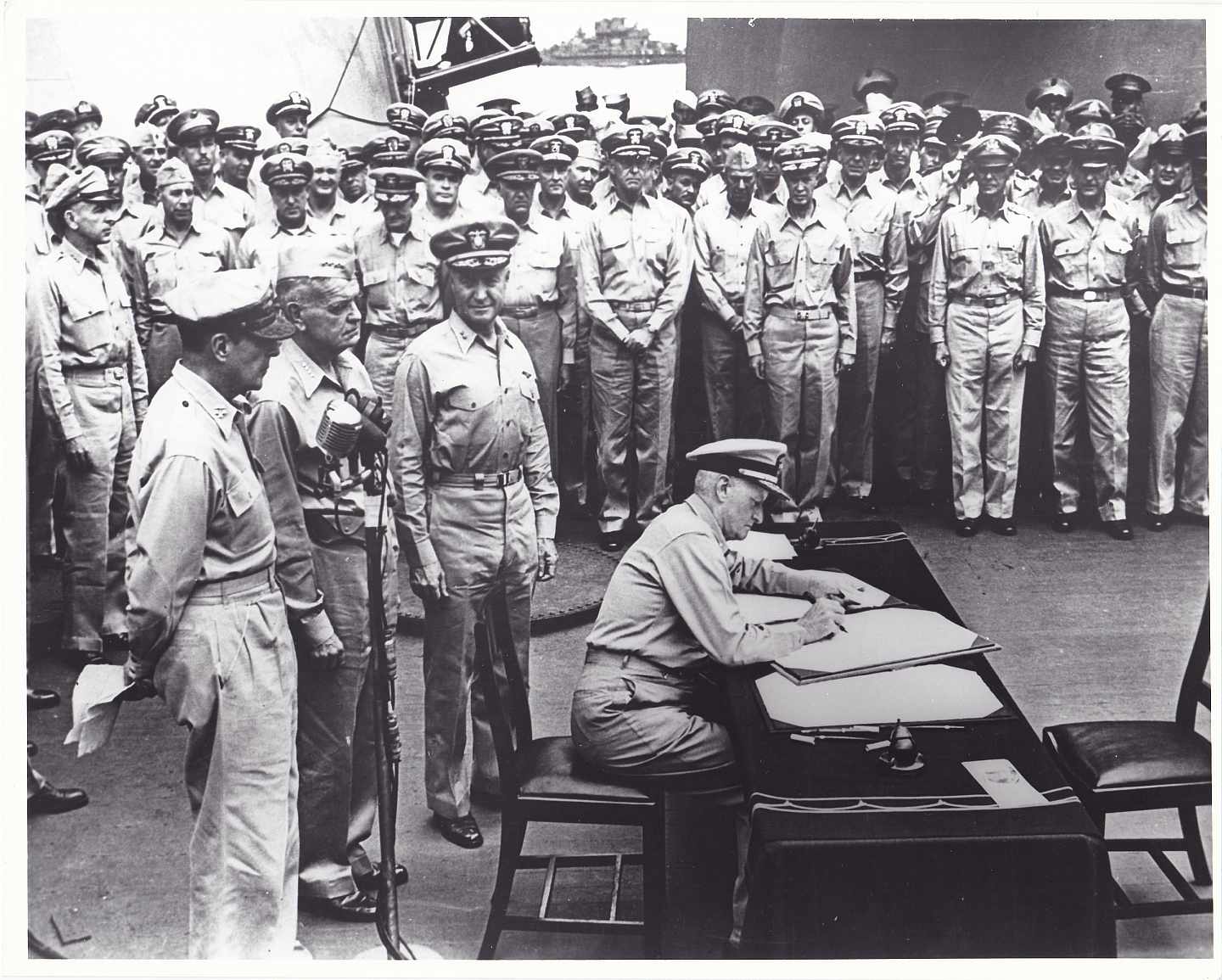 On August 15, 1945, the U.S. declared victory in the Pacific War. On September 2, 1945, the documents of the official surrender of Japan were signed on the USS Missouri in Tokyo Bay with Fleet Admiral Chester Nimitz signing on behalf of the United States. This act officially ended World War II.

On this, the 75th anniversary of the End of WWII, join us for a virtual commemoration of this momentous event. View the recorded program on YouTube featuring interviews with WWII veterans, a Texas native who as a young girl, saw her hometown change over the 4 years of the war, a Japanese-American man who witnessed the attack on Pearl Harbor in 1941 and his wife who was interned in California when she was young. We'll also take you behind the scenes at the Museum to see some archival photos that seldom receive public view, as well as a brief look at the model of the USS Missouri.

After the recorded program, join us LIVE on Facebook as we pay tribute to the many who served during WWII in the Museum's Memorial Garden.