BOOK TALK -Days of Steel Rain : The Epic Story of a WWII Vengeance Ship in the Year of the Kamikaze 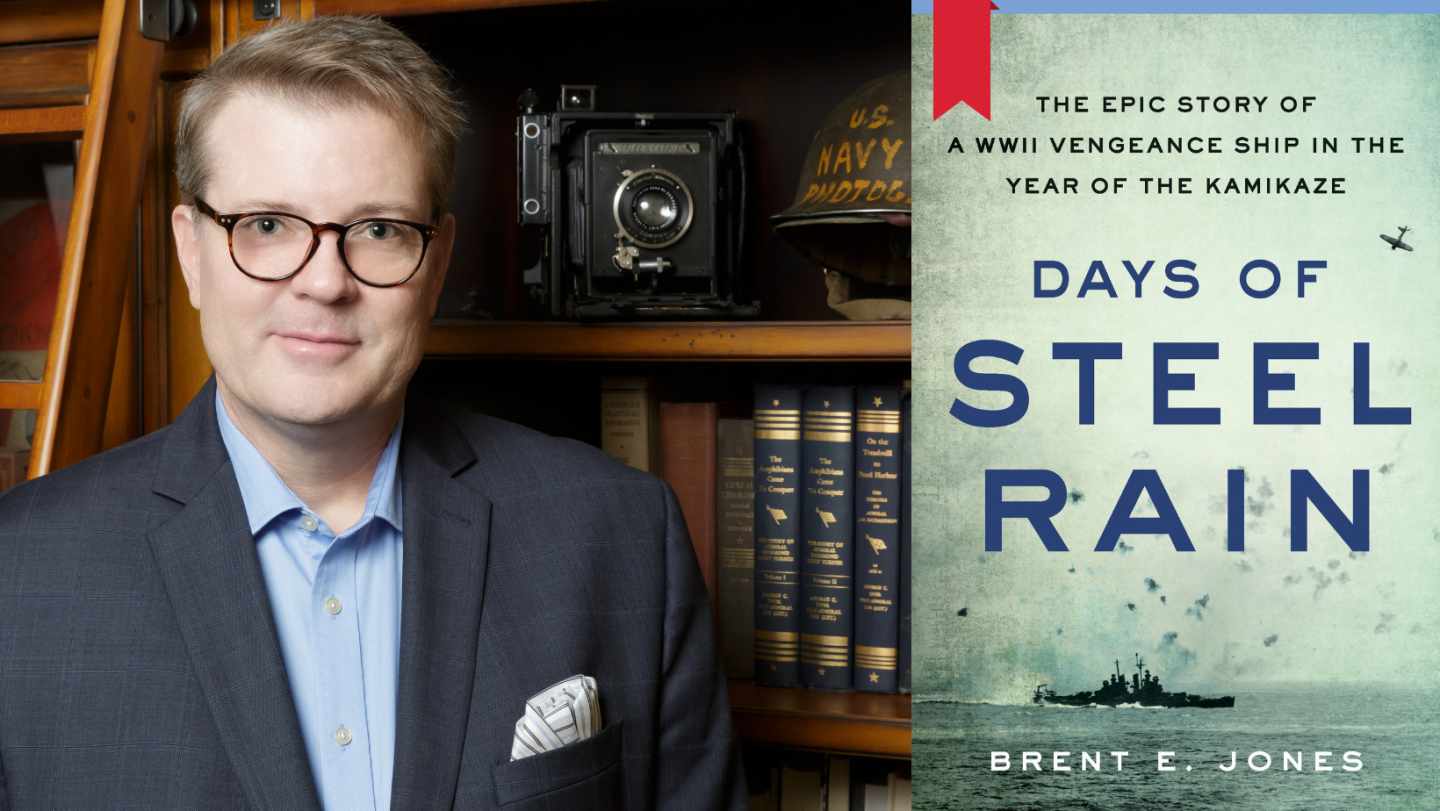 Listen to Brent Jones discuss his debut novel, Days of Steel Rain: The Epic Story of a WWII Vengeance Ship in the Year of the Kamikaze. His presentation will be followed up with a Q&A hosted by a staff member at the National Museum of the Pacific War.

During the late stages in the Pacific Theater of World War II, U.S. Navy Captain George Dyer, wounded in action, vowed to return for one last chance to avenge his injuries and salvage his career. In 1944 he accepted an assignment on the light cruiser USS Astoria, named for her sunken predecessor. This was a "vengeance ship" whose mission was to avenge that sunken warship lost during the worst sea defeat in American naval history.

This is event is free, but registration is required. Click on the Register button below.