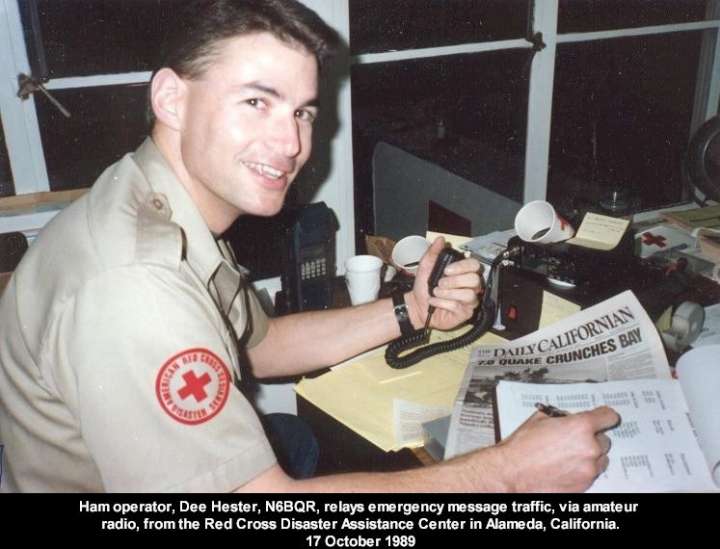 The Museum hosts FCC-licensed Radio Amateurs (also called Ham Radio Operators) Dee Hester and David Woodward as they participate in the American Radio Relay League's (ARRL) annual Field Day. This is the ARRL's most popular on-the-air event of the year, with many of its 170,000 U.S. members making contact with each other to participate in a broadcasting contest or to practice their emergency response capabilities. Hester and Woodward will have their remote station set up in the Memorial Courtyard and will be available to the public to answer questions about amateur radio.

Learn what these talented radio amateurs do for fun as well as disaster and emergency response. Hester has volunteered his skills in numerous major disasters in the Western Hemisphere including:

Hester, who moved to Fredericksburg just last summer also assisted in emergency communication during our "freeze" this past winter communicating locations for health and welfare checks for Fredericksburg residents.