Webinar: Mary Sears and the Race to Solve the Ocean 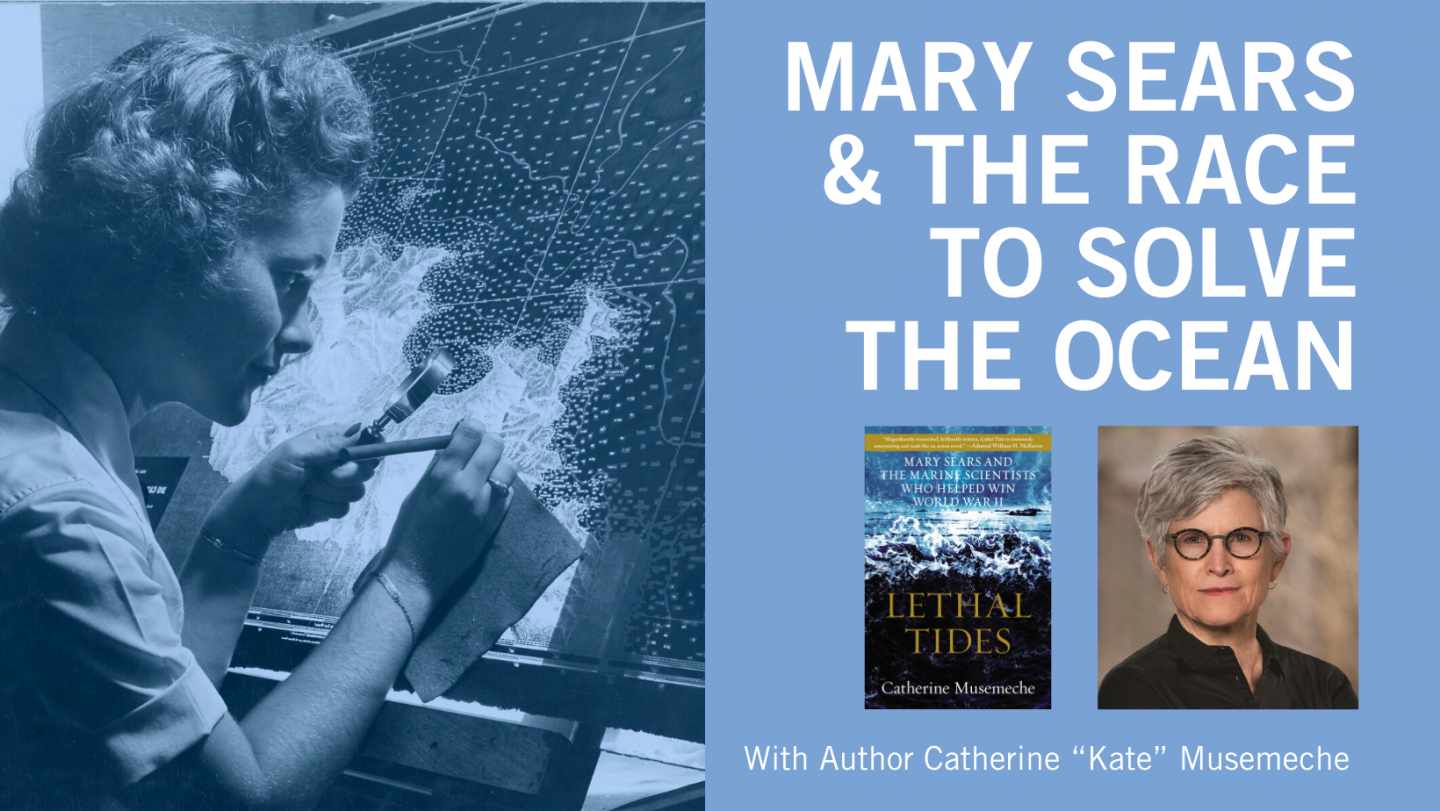 In World War II, victory in the Pacific depended on strategy, bravery and military might. It also depended on knowledge of the ocean. Learn about an American marine scientist named Mary Sears who, along with a team of fellow marine biologists and WAVEs, researched the sites of proposed amphibious landings and prepared detailed oceanographic intelligence reports for the Navy. Join Dr. Kate Musemeche as she recounts the story of Mary Sears and the team of marine biologists at the Navy's Hydrographic Office in their race against Axis Powers to solve the ocean.

Catherine “Kate” Musemeche is a graduate of the University of Texas McGovern Medical School in Houston, Texas and the University of Texas School of Law. She has been a pediatric surgeon for more than three decades. Musemeche’s first book, Small, was longlisted for the E.O. Wilson/Pen American Literary Science Award and was awarded the Texas Writer’s League Discovery Prize for Nonfiction in 2015. Her second book, Hurt, was named one of the top ten EMS books of the decade. She has also contributed to the New York Times’ “Motherlode” blog, KevinMD.com, Creative Nonfiction magazine and EMS World. She lives in Austin, Texas.