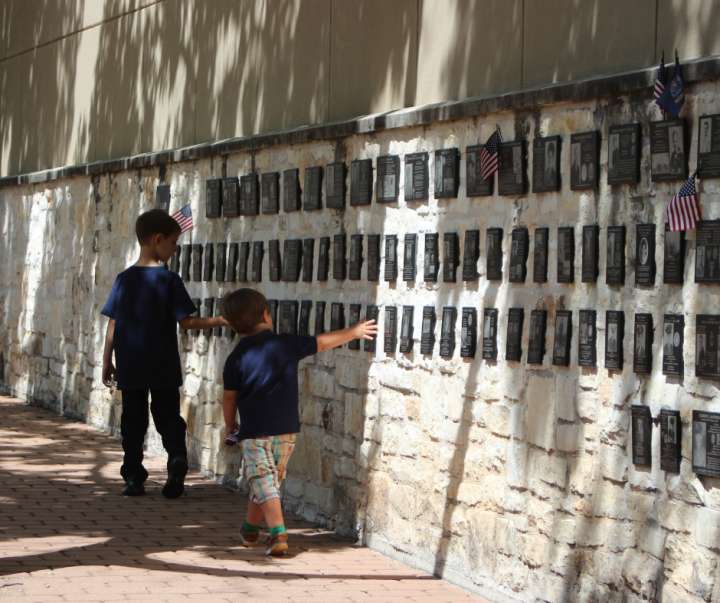 Join the National Museum of the Pacific War, Admiral Nimitz Foundation, and Texas Historical Commission on Monday, May 25, 2020, at 10 A.M. for a “virtual” Memorial Day Program. While safety precautions for coronavirus prevent us from holding our usual, well-attended onsite program, we will not miss the opportunity to honor and remember those who made the ultimate sacrifice for our country.

We are excited to welcome Candy Martin, President of Gold Star Mothers of Texas/Oklahoma, as our keynote speaker this year. Taps performed by Bill Smallwood.

Candy Martin retired in 2013 after a 38-year career in the U.S. Army, as a Chief Warrant Officer Five. She deployed in support of Operation Iraqi Freedom 2005-2006 and notably served as the Theater Property Book Officer of Iraq.

Candy earned a Bachelor of Science degree from the University of Arkansas at Little Rock and holds a Master of Arts Degree in Leadership from the University of Oklahoma. She is a graduate of multiple military schools including all five levels of Army Warrant Officer education. Her awards include the Legion of Merit and the Bronze Star. She is a distinguished member of the United States Army Quartermaster Regiment and was inducted into the United States Army Quartermaster Hall of Fame in 2017. Not only is she a Quartermaster Soldier for life, but she was also honored as a Fort Sam Houston Distinguished Quartermaster in 2018.

She is the Past National President of American Gold Star Mothers, Vice-President of the 1LT Tom Martin Memorial Foundation, serves as an Army Reserve Ambassador, and is an active member of many military and civic organizations. She is an avid Gold Star Family and Veteran advocate and frequently volunteers in support of her passions.

Candy and her husband Sergeant Major (Retired) Edmund Martin make their home in San Antonio Texas. The Martin’s only Son, Tom, a 2005 graduate of the United States Military Academy, was killed in action in Iraq in October 2007. They have three adult daughters and four grandchildren.