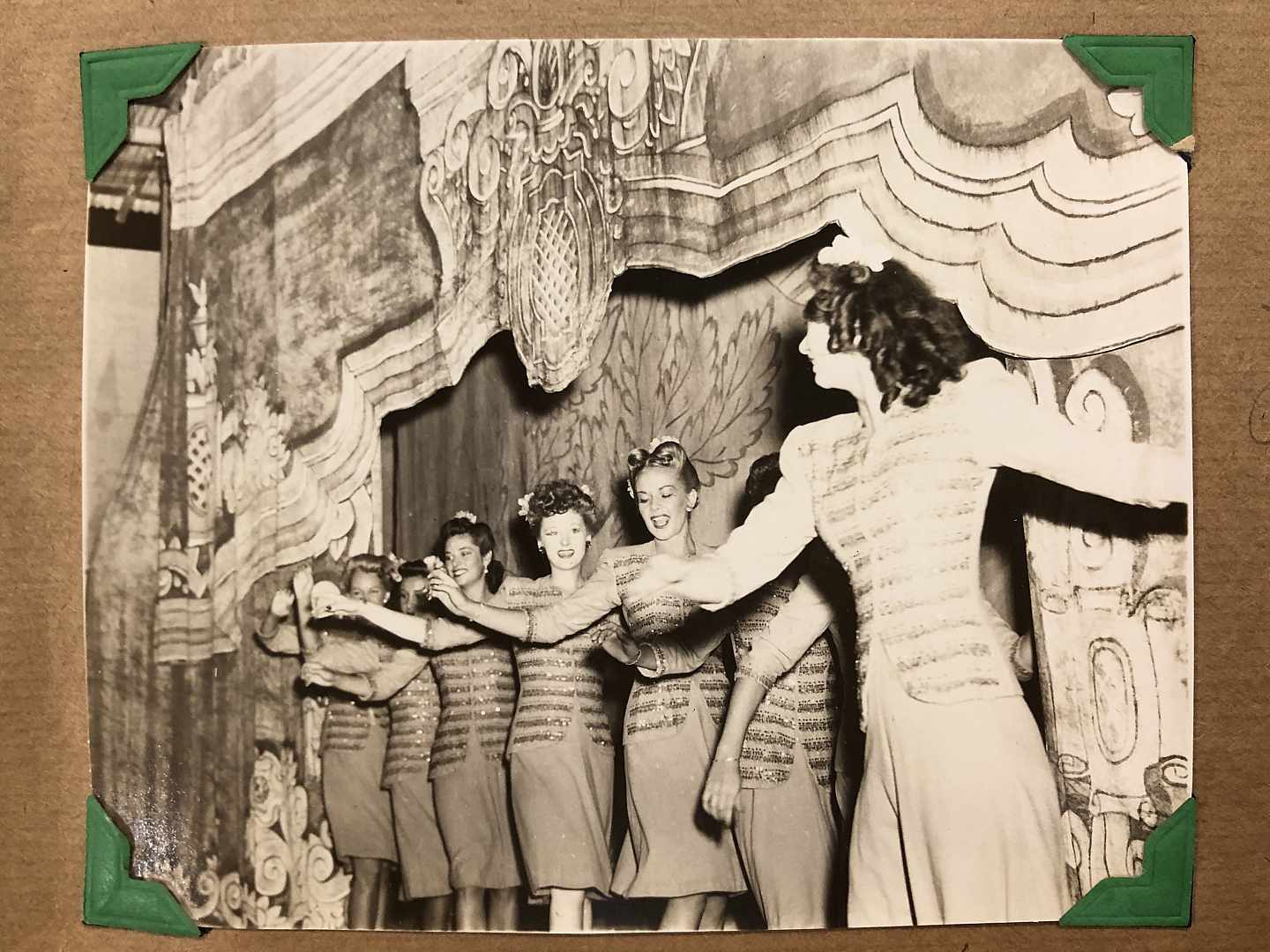 When we think of "front lines,” we automatically think of soldiers in battle. However, there are others like the medical corps, journalists, and even entertainers who served (and still serve) near the front. Right before the U.S. entered WWII, President Roosevelt formed the USO (United Service Organizations). The USO was formed “to lift the morale of our military and nourish support on the home front,” according to their website.

Celebrities like Bob Hope and the Andrew Sisters were highly publicized USO entertainers during WWII, however, the vast majority of the 400,000 shows were performed by 7000 entertainers, most of whose names we will never know. One of those entertainers was dancer Elizabeth “Betsy” (Seligman) Robinson who was known at that time by her professional name Betsy Berkely.

A native Texan, Betsy was a dancer in New York City in 1944 when she found out that she could join a USO camp show and serve troops overseas, so she did just that! She quickly was attached to a show called Mexican Hayride, which prior to going overseas, toured the U.S. Outfitted in uniforms made by Saks Fifth Avenue, the show sailed aboard the USS Monterey to New Guinea. In her oral history filed with the National Museum of the Pacific War, Betsy said, “…we were immediately handed a blanket and a mosquito net and an Army cot. Well, I was the only girl from the southwest, and thank God I knew what to do with an Army cot and how to hang a mosquito net…”

The troupe performed at four camps in New Guinea then went onto other islands, including the Philippines. Performing about six shows per week on makeshift stages, the group was overseas for eight months. After their last performance in the Philippines in late June of 1945, they were put on a ship along with wounded soldiers to return to Honolulu. The ship suffered engine failure near the Caroline atoll of Ulithi, and for two weeks, they were motionless onboard awaiting parts to repair the ship.

After WWII ended, Betsy reenlisted for three more tours with the USO Camp Shows and was one of the first American women to enter Korea in some 40 years when her show performed there in spring of 1946.

Sources: Oral History of Elizabeth S. Robinson (published by the National Museum of the Pacific War, circa 1984) Find her Oral History HERE

A New York Times photo of Betsy’s homecoming in the U.S.

Ruth Ann Hattori, Marketing Director of the National Museum of the Pacific War