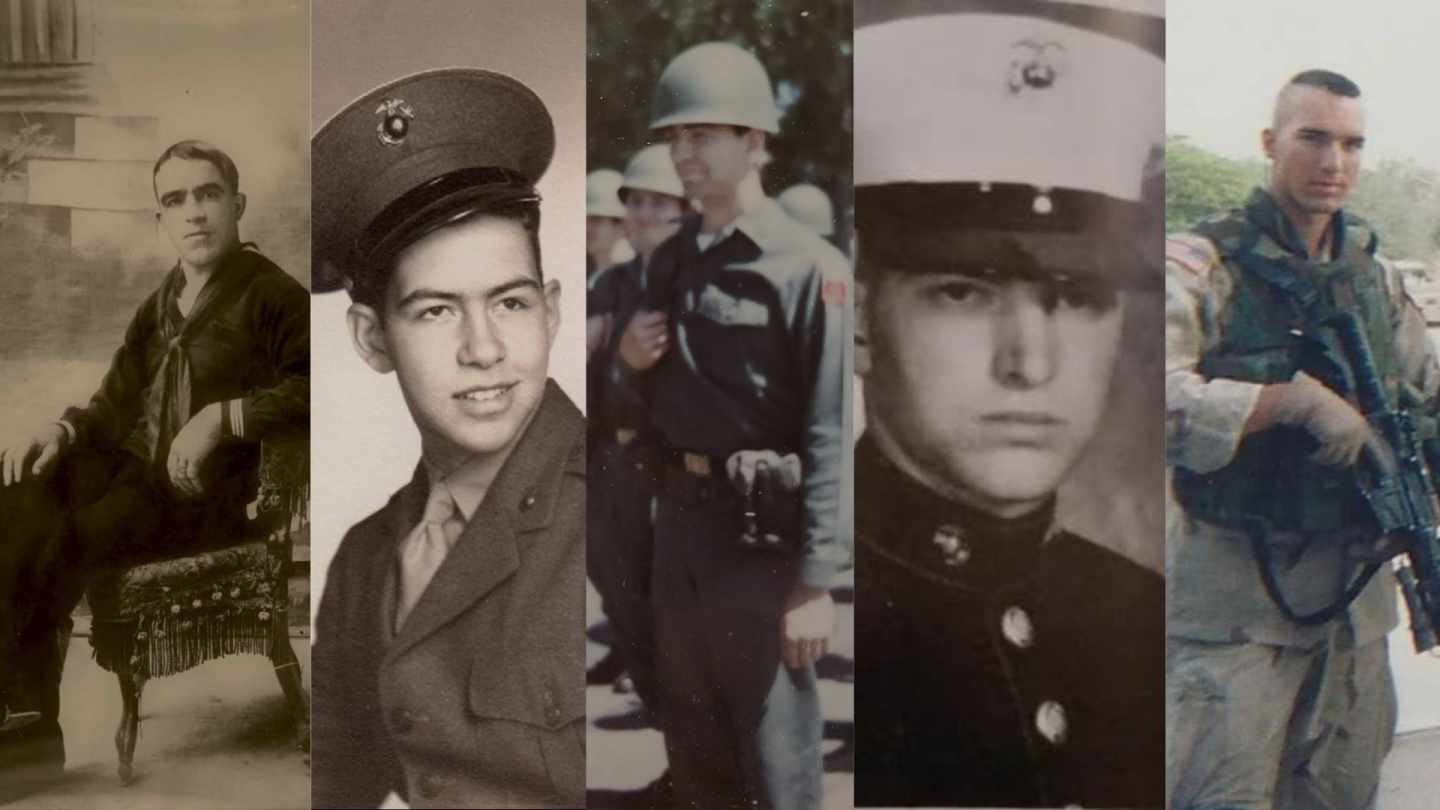 I learned to march when I was four years old. I had a toy ’03 Springfield on my shoulder, the sounds of “Victory At Sea” on the record player, and my maternal grandfather (US Navy WWII) calling out the commands- “Stay in step!” I knew then I would someday wear the uniform of a United States Soldier, but the seeds of my service were sown generations before.

My paternal great grandfather, born of a newly immigrated Portuguese family, joined the U.S. Navy in 1907. After a break in service in the late 1920’s, he rejoined again and served until after WWII. It has been said the Navy gave me my last name. Apparently, our last name was Americanized and when it came time for payroll and “Joe Copsetta” was called out, my great grandfather raised his hand, and so the Copsetta’s were born. While stationed at the Philadelphia Naval Yards, the family settled in South Jersey.

My grandfather, Alvin Copsetta, joined the Marine Corps fresh out of high school in 1946, too late to see WWII, but a veteran nonetheless, and a victim of an overturned amphibious “Duck” during occupation duty on Guam. He lived to father six sons and six daughters, but always favored a bum knee. The oldest of the twelve was my dad, James Copsetta, draft number 13 in 1969… but the Army National Guard took him from the Marine Corps that drafted him, and He enjoyed being a motor pool Staff Sergeant where he served a total of eight years. I remember watching my brother, James Copsetta II, join the Marine Corps with news reports of Operation Desert Storm on everybody’s TV. He was alerted once but never got to go. Instead, he did a tour in Okinawa and Arizona as a heavy equipment operator and made a fine Marine. Four generations of Copsetta’s and almost 100 years of two World Wars and numerous other conflicts and not a single Copsetta saw combat. And then, there’s me.

A few months later, we returned from a field exercise and the Drill Sergeants said, “Who has family in New York or New Jersey?” A few of us raised our hands. “You have two minutes to make a phone call; we’ve been bombed.” It was Tuesday evening, 11 September, 2001. Upon my return from graduating Armored Reconnaissance School two months later, I learned what September 11th meant: I would be going to war.

I deployed with F Troop 9th Cavalry Regiment 3rd Brigade Recon Troop 1st Cavalry Division from Fort Hood, Texas in March of 2004. My brigade took over the Baghdad sector of Iraq on 1 April, 2004. For the next year, I was a gunner on a Humvee and part of a seven-man team to protect our Brigade Commander. I participated in just over 400 combat missions during full-spectrum operations for Operation Iraqi Freedom II – and not a scratch. All of my wounds are inside.

I came home, married “the girl I left behind,”, and we have two sons and two daughters. Ninety-seven years after my great grandfather joined the Navy, a fourth-generation Copsetta finally saw combat. Not a day goes by I don’t think about those we lost and how different it would’ve been if one of them was a Copsetta.

Jeff Copsetta, Living History Coordinator at the National Museum of the Pacific War